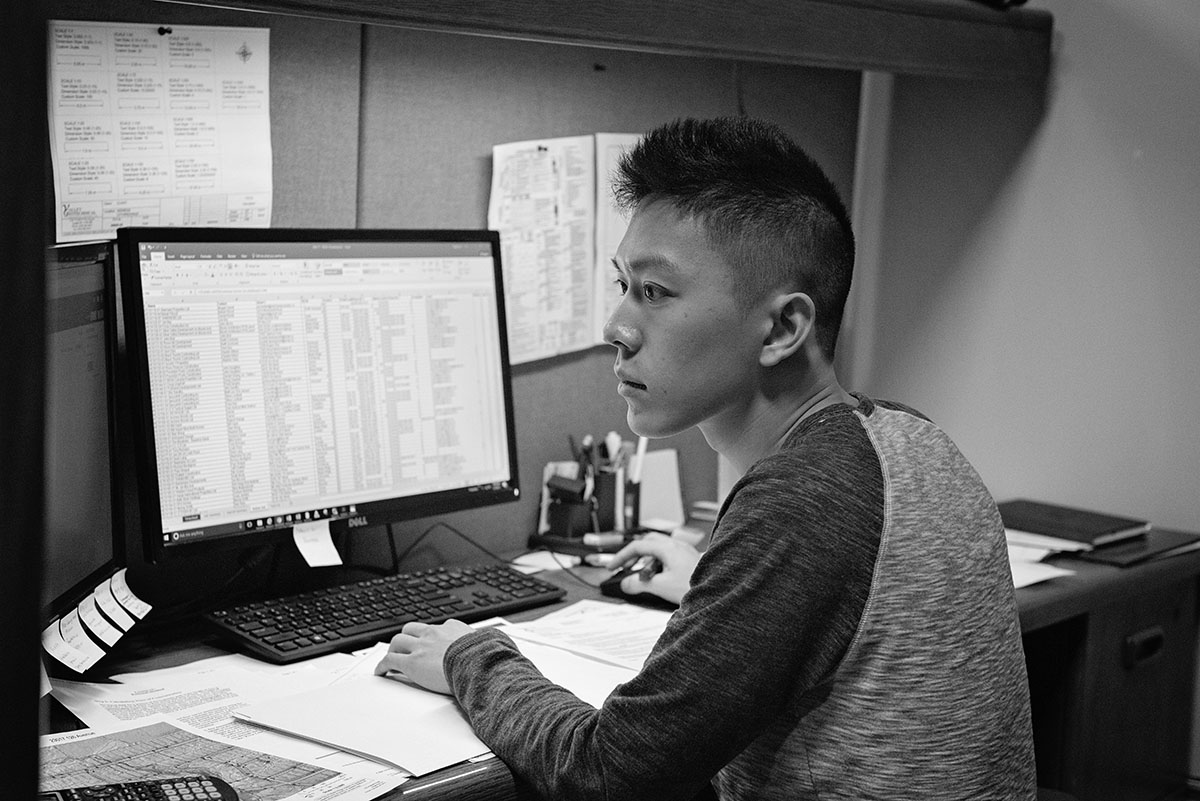 Bryan Lui has been working with Valley Geo since 2014, having first started as a co-op student for two terms. He moved into his current full-time position as an Engineer-in-Training (EIT) in 2016 after completing his Bachelors at UBC. His role as an EIT includes design and analysis, site investigation, project coordination, discussion with clients, and providing support to the intermediate and senior-level engineers on a wide array of projects. In July 2019 Bryan became a Principal Engineer. In one of Bryan’s current projects, he created his first large-scale shoring design. As the project is under construction, Bryan says “It’s exciting seeing something that I’ve designed be constructed in real life”.

When asked what Bryan thinks about working at Valley Geotechnical;

“I like how I can learn different aspects of Geotechnical Engineering here. You don’t get stuck doing the same tasks since all the projects are different. It is also easy to ask for help from the senior engineers. They are very open to you asking them questions”.

Bryan finished his Bachelor of Applied Science in Civil Engineering in 2016. During his schooling at UBC he completed two terms of co-op with Valley Geo. Originally striving to be a structural engineer, he became interested in geotechnical work due to his co-op at Valley Geo. During his schooling, Bryan also had a job in the Construction Industry where he did quality control and surveying for highway construction. For 8 months he worked on projects in Prince George, Fort Nelson, Edmonton, and Fort St. James.

The advice that he would give to those getting into a career;

“Don’t be scared to ask questions. Also, be flexible and open to try other things. You might end up liking something you didn’t expect. I went to school to do structural engineering but now I’m in geotechnical and I love it”.

Outside of work, Bryan likes to go hiking and snowboarding. He also enjoys travelling and exploring places outside Vancouver whenever possible. Bryan also enjoys eating out and watching movies.